If you read this blog, or actually know me, you probably don’t know about my secret alter-ego. You see, by day, I’m a grad student, working hard to build a career in academics, teaching, writing, reading, translating, publishing. Oh, really, just buried in poetry in several languages, and that’s just the way I like it.

But by night, I’m an ass-model turned actress who lives in L.A. and gets into fistfights with other ass-models on VH1. Be amazed at how much I can fit in to just one life!

But seriously, since Erica Mena got into that fistfight, I’ve been getting called all sorts of names on Twitter, because my handle is @ericamena and my alter-ego’s is @erica_mena and the brilliant people who watch that show and think an appropriate reaction is to insult strangers by any means available can’t remember to use an underscore.

What’s interesting is we’re about the same age, as far as I can tell, and we’re both Puerto Rican. But I grew up in Boston, and she grew up in New York, and she has a child, and I do not, and she’s comfortable being naked in front of large groups of people and I’m not.

Of course we’re not the only “Erica Mena”s in the world, though some of her usernames are “Only1EricaMena” which strikes me as sort of silly. But according to Facebook there are dozens of other “Erica Mena”s out there, most of whom appear to be significantly younger than us. But for some reason, I’m getting a lot of the “ericamena” usernames: gmail, Twitter, MySpace (remember that?), Instagram. But not Facebook, or .com so y’know, its sort of even.

So, to conclude. Erica Mena (poet): 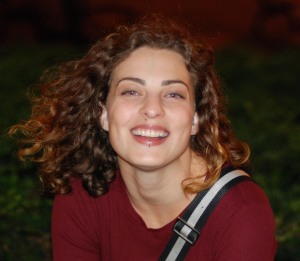